Shows on our radar for 2017... It's as simple as that. As always, get in touch if you have more suggestions!

We'll be talking in more depth about some of these on Bechdel Theatre Podcast, live at VAULT Festival on Feb 1st.

There are still a few tickets left so BOOK NOW to join us with guests including: 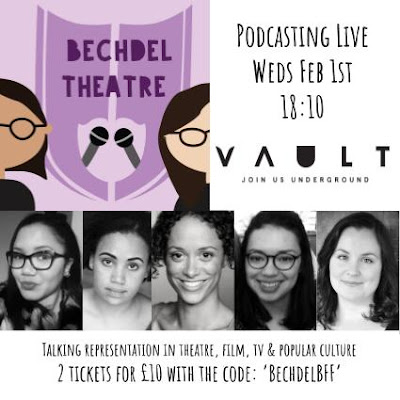 On to the recommendations...

VAULT Festival
Where we first saw 'Skin A Cat' last year, before it became an award-winning sensation and opened the first season at super-cool subterranean venue The Bunker. VAULT is the best place outside of Edinburgh to catch new shows before word spreads and they start selling out bigger spaces.
Here are a few that we've noticed this year:
Balancing Acts
Sharing six intimate stories on depression and coping. Devising company Feral Foxy Ladies team up with film-makers Kaleido Film Collective to deliver six candid stories of depression and the ways we find to cope: from diving and sex to song.
Britney
A comedy with lots of heart, and a brain tumour. When good brains go bad. This is the very true and very funny story of two best friends coming to terms with one being diagnosed with a brain tumour.
Fran & Leni
1976. Fran & Leni meet. Three years later they are The Rips. Girls with guitars, bored of playing nice. Music, fishnets, tits and spitting. A full-throttle tale of lifelong friendship.
Puppy

A darkly comic, deeply personal guide to bereavement. With philosophy, music and silliness. We loved this at Edinburgh and can't wait to interview it's creator on our podcast! 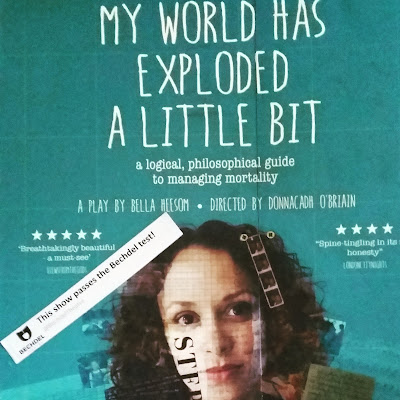 Meanwhile, outside of the vaults...

See Me Now - The Young Vic - 11 Feb - 18 March
London sex workers share their painful, touching and often hilarious stories. Male, female and transgender, they are teachers, cleaners and parents. Behind closed doors they’re also paid to make their clients feel good - in all sorts of ways. Some do it for the money, some for love, some for unexpected reasons... A new play about an invisible side of everyday life. 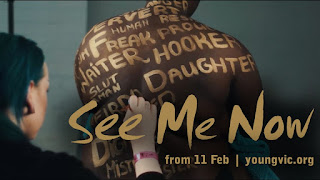 Bucket List - Battersea Arts Centre 13 Feb - 4 March, then touring until 29 April
Set on the Mexico-US border amid turbulent relations, Bucket List follows one Mexican woman's extraordinary quest for justice.When her mother is murdered for protesting corporate and governmental corruption, Milagros finds herself with a bloodstained list of those responsible and is determined to make them pay.


Brixton Rock - Mangle Nightclub - 15 Feb - 12 March
Brenton Brown has never known his parents. A brutal feud with the killer Terry Flynn has scarred him for life. As a care leaver living in a hostel he craves the support of a family. But when he meets his mother and his beautiful half-sister, his life changes forever. The Big House stages high profile productions with young people who have been in care 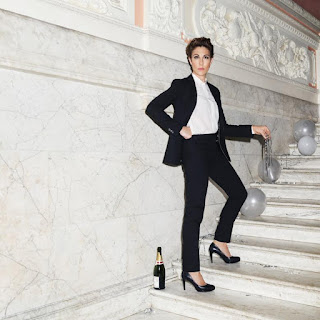 Herstory Festival - Balham N16 Feb 17 & 18
A feminist festival of new writing, creating a platform for political discussion and giving a voice to women.

Two Man Show - Soho Theatre 20 Feb - 4 March
Another Edinburgh 2016 hit that we couldn't get enough of. Two phenomenal actors and one amazing musican (all female, despite the show title) explore masculinity and challenge gender binaries in a physical performance that'll rock more than your socks off (I've never wanted to perform naked more than when I watched this show).

Roundelay - Southwark Playhouse 23 Feb - 18 March
Sex at 70? Falling in love at 65? Coming out at 62? Never, ever give up on the game of love…You know what they say, love makes the world go round. And sex of course, when you can get it. Roundelay, a fantabulous conglomeration of circus, dance and music. We may not have lions in this little circus of ours, but we have tigers….How’s your inner tiger tonight? Ladies and gentlemen, prepare yourself for close encounters with the third age! 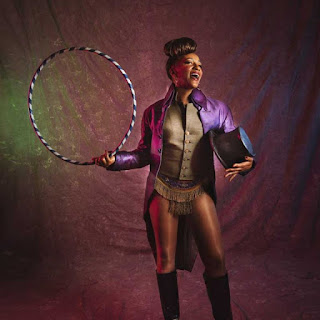 a profoundly affectionate, passionate devotion to someone (-noun) Royal Court Feb 28 - April 7
debbie tucker green returns to the Royal Court with a new play about three couples. It's sold out except for £12 Monday day seats.

Offside Touring, 24 March - 29 April
Four women from across the centuries live, breathe, and play football. Whilst each of them face very different obstacles in pursuing their dream profession, the possibility that the beautiful game will change their futures – and the world – is tantalisingly close.
By poets Sabrina Mahfouz (who we'll be interviewing about the show on the podcast soon!) and Hollie McNish. 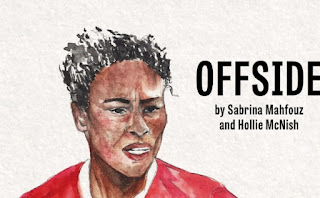 Consent The Dorfman Theatre - 28 March - 17 May
Friends take opposing briefs in a rape case. The key witness is a woman whose life seems a world away from theirs. At home, their own lives begin to unravel as every version of the truth is challenged.

The Hearing Trumpet The Old Library -April 6 - 29
Adaptation of the inventive and inspirational novel, written by Leonora Carrington in the 1960’s, follows a 92 year-old female protagonist who is having a crisis.

JOAN - Ovalhouse - April 11 - 22
We adore this cabaret-style re-telling of Joan of Arc with Lucy Jane Parkinson (aka drag king LoUis CYfer) in the title role. It was hugely popular at Edinburgh, so grab tickets as soon as they go on sale as part of Ovalhouse's Spring season. 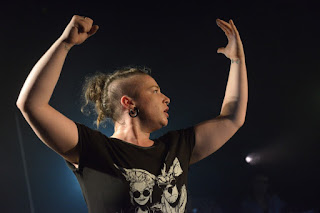 Brighton Festival throughout May
This year's guest director is the sublime Kate Tempest. We 're eagerly awaiting Feb 15th when her programme will be announced.

Dreamgirls at The Savoy Theatre until Oct 21
Because the West End is so often full of old white men, we can't wait to see Amber Riley front this stunner of a musical. Get cheap tickets with the todaytix app lottery (£15 for the front row ain't bad for this calibre of songs and cast)

Our Ladies of Perpetual Succour at The Duke of York's Theatre - from May 15
Another stunner of a musical, transferring to the West End this summer. The worlds of theatre and feminism will jointly rejoice at the return of this choir of Scottish schoolgirls on a wild coming-of-age trip to Edinburgh. They take no shit and give no fucks about anyone except each other. Contains strong language and strong direction from our fave Vicky Featherstone.
Tickets go on sale on Jan 31. 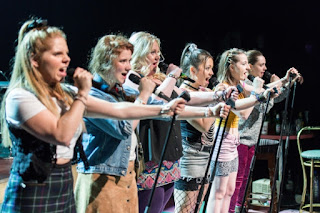 Posted by Bechdel Theatre at 05:20