Happy (belated) New Year, Bechdel Testers of Theatre! A longer blog post is on its way, having been bumped down the priorities list in favour of seeking a venue and participants to launch Bechdel Theatre Festival by springtime. Until then, here's a few events to stick in the diary if you're looking for some feminispiration to chase away the January chills...

In the third Sphinx Salon on Saturday January 23rd April de Angelis, Sabrina Mahfouz and Aiofe Monks will continue the conversation about "Creating The Female Narrative". The three Sphinx Salon's so far have included discussion of what audiences look for in female characters, who women want to see and play on stage, what writers and theatre-makers can do to put women centre stage, how to bring about equality in gender representation in quality as well as quantity of roles, and whether the 'hero's journey' traditional narrative structure is useful in telling women's stories - or do alternative structures need to be explored to reflect our gender's experiences and perceptions of the world?
Expect plenty of discussion of the newly created Sphinx Test (see below), a fantastic guide for writers and theatre-makers intending to make work that goes beyond simply passing the Bechdel Test and aims to put women firmly centre stage. 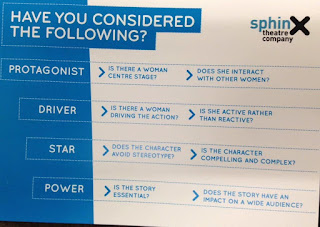 Siberian Lights are a new theatre company holding free and open all-female play readings every Monday evening at The Pleasance Theatre, email them to be cast in a reading, or just turn up to listen (men are welcome to listen though readers will be women-only) and discuss the play afterwards, including debating any feminist issues raised, and the impact (where relevant) of women's voices in originally male roles. Monday 25th's reading will be April de Angelis' Playhouse Creatures 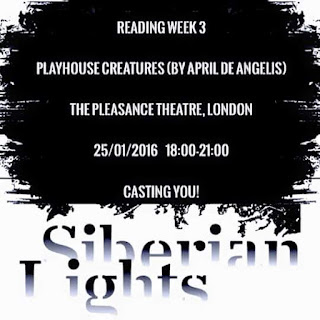 Out of Joint's new play, Jane Wenham - The Witch of Walkern has been touring the country, and currently playing at The Arcola until January 30th. From a company with an impressive Bechdel test pass record, this production has a 5/3 f/m cast balance, a female writer/director team of Rebecca Lenkiewicz and Ria Parry, and comes highly recommend.
On Saturday 23rd, between matinee and evening shows, they are holding a Panel Event on the topic of 'Witches, Women and Outsiders'. I've asked if this event can be recorded or transcribed for anyone in a conundrum like myself, having already booked for the Sphinx Salon (above) at the same time. Fingers crossed! 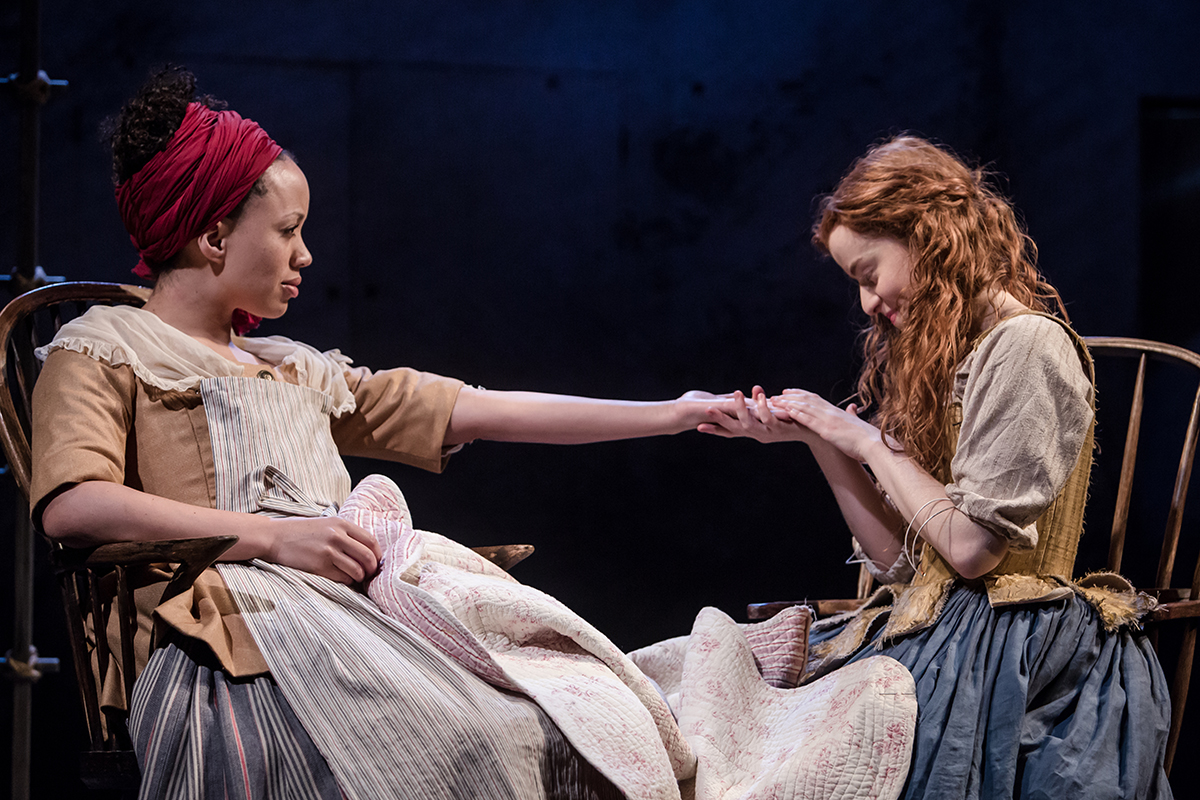 VAULT Festival also begins next week, where Skin A Cat (playing until Sunday 31st) looks to be a highlight, from another female writer/director team and a 2/1 f/m cast. This Theatre In Heights production features Jessica Clark, who was great in Rotterdam (one of last year's theatre highlights at Theatre503), and Lydia Larson who I last saw being brilliant on stage at The Orange Tree Theatre in Caryl Churchill's The After Dinner Joke.
Also at VAULT, Devoted & Disgruntled are hosting open space conversations about the future of theatre, including one about Funny Women, following their most recent event in Birmingham where feminist criticism in theatre reviews was one of the many topics discussed at length.

Speaking of Caryl Churchill, tickets for her newest play Escaped Alone are still available. Murmurs coming from this week's first previews have been filled with praise for the cast of 4 women in their 60s and 70s, each living up to their formidable theatrical reputations. Get a ticket before it goes to press next Thursday, January 28th, to make sure you don't miss out. 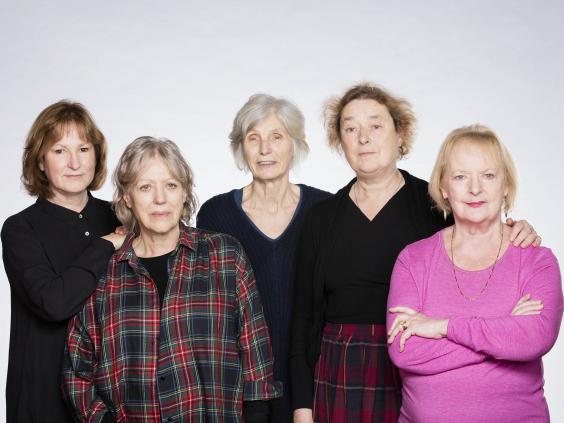 Apologies for remaining somewhat London-centric for now, hopefully as Bechdel Theatre's testing team grows, we will have more wide-ranging recommendations. If you would like to contribute, please do tweet or email with details!

Bechdel Theatre Festival
A celebration of women in theatre
Will be launching very soon - watch this space for this year's first event announcements!
Posted by Bechdel Theatre at 08:00